Translated from French to English by Mark Manners 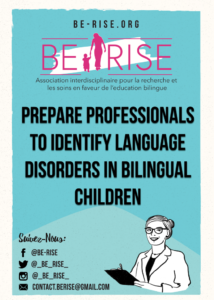 Dealing with Dyslexia in plurilingual children requires some basic knowledge on the part of parents, teachers and healthcare professionals in order to avoid certain mistakes frequently made in diagnosis, treatment and schooling.

Its symptoms will appear differently in the monolinguistic, the late onset bilingual and the precocious or very precocious consecutive-simultaneous bilingual child. To do this, the orthophonic evaluation cannot be based on the normal French language monolingual model.  Similarly, speech therapy cannot be applied in the same way across these five categories of locution.

Properly defining this condition is vital; the frequent misuse of the term often degrades the quality of treatment and remedial education. It is what is called a “specific” language impairment, which indicates its primary condition. This is in opposition to secondary conditions, which would result from trauma or illness. By definition then[i], these conditions cannot be linked to an anatomical, neurological, psychiatric or socio-environmental cause.

“Durable” is distinct from “transitory”, which would also describe an atypical behaviour of the learner of a foreign or second language.

“Significant” expresses that it is not related to a personal characteristic, in this case to language development issues associated with bilingualism.

From a practical point of view, the term dyslexia is disappearing, due to its imprecise meaning in the light of research on problems in written language acquisition. Since the 1950’s, all learning difficulties in reading in Francophone countries have been grouped under the heading dyslexia; writing difficulties carry the term dysorthogaphy. As from the 1980’s, the cognitive sciences applied to areas of understanding developmental processes in written language in addition to the numerous studies in neurosciences, have completely overturned the notion of unity in dyslexia. These two areas of study have defined two main types of models: developmental, and acquired dyslexia (following brain damage in either the child or the adult). Thus, the term Specific Language Impairment is one now preferred to dyslexia and dysorthophonia. 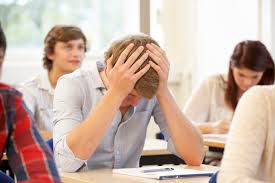 Diagnosis cannot really be made before the first educational goals of language acquisition are to be reached. In most cases this happens around the age of eight, in the first or second year of primary school. These particular difficulties would generally fall into the categories of speed of information treatment (moving audio-oral information across to written), short term memory, personal organisational skills, and the system of sounds attached to a particular language. The child is obliged to spend more time as they need to make additional efforts of cognition and concentration. From a psycho-affective point of view, the risks are: lower levels of self-esteem, anxiety stemming from fear of making mistakes and avoiding school work. 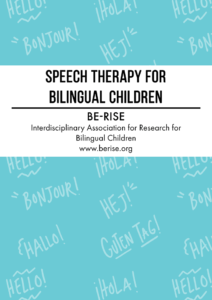 Influence of bilingualism on the symptoms of SLI’s

Generally, the bilingual child is described as needing to undertake an additional mental load, needed by using two languages added to the primary difficulties of information treatment[ii].

Tiredness, difficulties in understanding and in sustained concentration therefore follow.

Influence of SLI’s on language learning

This situation only concerns consecutive and late learning bilinguals, as the simultaneous and precocious bilinguals do not go through the learning phase of a second language. They instead construct their global language functions based on both languages. They therefore present the same symptoms in either language, similarly to a monolingual in their one language.

In the case of the consecutive and late learning bilinguals, it is well established that the presence of SLI’s make foreign-language reading and writing slower and more difficult. Remedial action that has proved its effectiveness include oral learning; rote-learning texts; work linking pronunciation and spelling of the written word. Using the mother tongue to reference the second language has also proved useful even though this explicit learning method is somewhat in opposition to the more usual spontaneous way of language acquisition during the very early learning period. At the moment of entering the world of written language, the very early learning stage is left and the SLI child has theoretically not met any problems up to this point during their oral development even in several languages. Whatever the case, written acquisition is formal, contrary to oral. 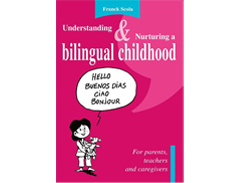 The SLI child in bilingual schools

One question often asked about older bilingual children in bilingual schools is: would their education be improved by putting them in a monolingual school? This question has to be treated case by case, but in general it is always possible to make specific arrangements to allow pupils to follow the curriculum in both languages, as the oral is untouched by specific disturbances. Additionally, L1/L2 transfer in both directions will always be positive for the child[iii]. Some authors have even claimed that acquiring a second language will help understanding and use of the mother tongue.

Let us here add an interesting prognostic element, also useful for children suffering from oral language difficulties. It would appear that in children with specific difficulties in written language, that the more they have precociously learned and structured their L1, the less they will have written difficulties in that same language. This statistical reality is explained by its mechanism in the principle of the critical period[iv].

Recognising signs suggesting the presence of SLI’s in a multilingual context by teachers and its diagnosis by therapists requires good knowledge of the specifics associated with development of the bilingual child. During  training in these two professions, however, this particular branch is only optional and not sufficiently generalised, in spite of the fact that precocious plurilingualism concerns 60% of the world’s population. I must say that I have observed many more wrong diagnoses applied to non-SLI children than than there are SLI children having slipped through the net. Also, quite apart from the diagnostic angle, therapeutic needs must be properly adapted to the singularities associated with precocious bilingualism, which requires a certain level of expertise.

Two articles will shortly appear that address educational remediation for bilingual SLI children, as well as therapy requirements in this same situation.

[i] Dictionnaire d’orthophonie (définition unmodified since the 2004 edition),