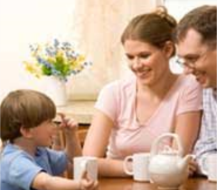 As well as being a medical expert for Mobilité Internationale (International Mobility Consultants), Doctor Franck Scola is a research author on the health and medical needs of expatriated families. It was in this role that he became interested in developmental variations of bilingual children and the learning and language difficulties that they might encounter. Amongst his own young bilingual patients he has documented the following: language delay, inability to recall words, selective mutism, stuttering, dysphasia, dyslexia, lack of vocabulary, speech impairments and deafness. Wishing to share the content of his recent university thesis entitled “The Conditions Which Favour Early Bilingual Education” based on over two hundred references, his own clinical studies, plus his day to day work as a general practitioner, he has just published a book called “Understanding and Supporting Bilingual Children – A guide for parents, teachers and carers”, (Edition Bookelis, Coll. Copernic, distributed by Hachette). We thank him wholeheartedly for such an interesting and comprehensive article.

Note about general language development
Milestones from the womb to the start of nursery school are as follows:

During the foetal period, the ear is already sensitive to sounds, noise from its mother’s body and to voices. Consequently, noises emanating from various sources are recognised (household noise, music, mother and father’s voice). The mother’s voice is more distinctive than the father’s as it is transmitted both internally and externally.

From birth, the infant recognises linguistic sounds and voices, showing a distinct preference for his mother’s rhythm and intonation.

At two months old, the infant enters the pre-linguistic period, a receptive phase that will prepare him for language acquisition. He can distinguish and memorise certain words and syllables and offer non-verbal responses to verbal commands. During this pre-language phase the infant spontaneously produces sounds: cooing at around two months, vocal play at three months and forming syllables by around eight months. The infant uses his mouth, lips, tongue and throat, to playfully produce sounds, obtaining a pleasant sensation that he will voluntarily repeat.

From three to four months of age, infants can exchange vocal response with adults, tuning in, above all, to adults’ ‘baby talk’. Although at this stage parent-infant communication is essentially non-verbal, infants demonstrate receptiveness to the musical aspects of language and are enable to reproduce all the sounds of any given language before the end of their first year.

The productive or locutionary stage occurs between eight and fourteen months of age. It is characterised by the child being able to understand certain words and say some in their correct context. These mainly consist of reduplicated sounds, i.e. a repeated syllable like “dada” for ‘daddy’ or “mama” for ‘mummy’. During this stage words are already culturally-orientated with ‘I’ being increasingly used by the end of period, denoting a differentiation between the infant and the person he is talking to (the interlocutor).

Around three years of age, the child’s sentence structure, although not yet consistently correct, begins to improve as he simultaneously becomes aware of himself as separate and distinct from those around him and is able to form relationships with others. His language, although not yet consistently correct, sentence structure begins to improve. His lexical stock (words that he has learnt) will now be around a thousand in number and he will start to conjugate verbs in the present, future and past tense of his first language. The child will constantly ask questions which allow him to check if he has been correctly understood and which also help to improve his verbal communication. He has now entered the basic language phase. Starting nursery school means that he needs to use language that everyone can understand, not just his family members. At around three and a half years of age, syntax (arrangement of words creating well-formed sentences) develops, negation is clearly expressed, and the child learns to justify himself (e.g. using “because…”). It is through talking to a wider variety of people that his vocabulary becomes richer and he develops…read this article on expatclic.com

This article been translated by Anna Callen of www.verdontraduction.com. We thank her wholeheartedly.

*for ease of translation, child gender has been referred to as male in this article.