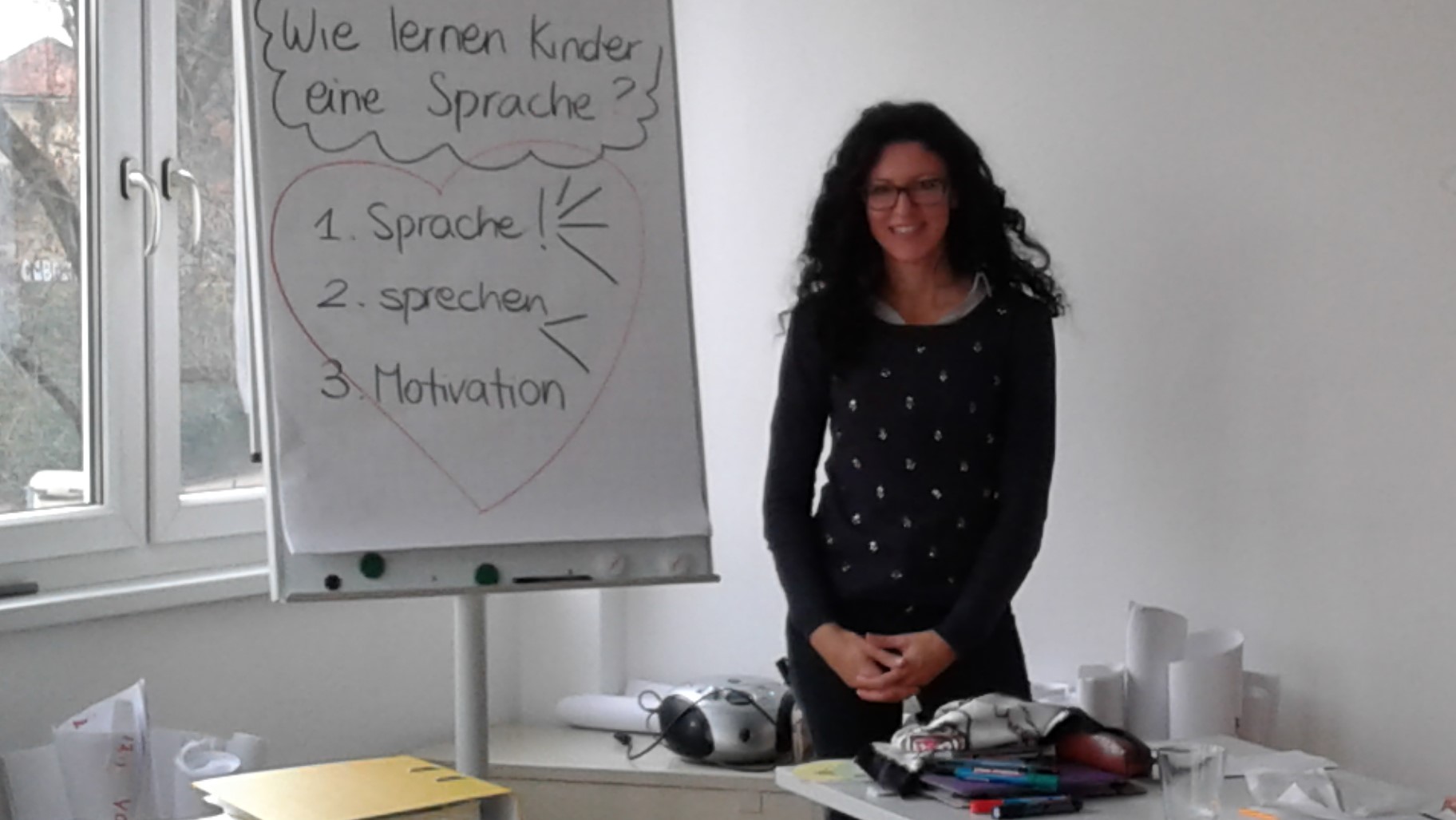 Aim of the present work is to investigate the difficulties of subjects with developmental dyslexia in learning foreign languages, by adopting an experimental approach in order to analyze the existing correlations between working memory, a cognitive construct that plays a great role in most of Dyslexia’s symptoms; and foreign language proficiency. The hypothesis that the working memory capacity of children with dyslexia correlates significantly with their proficiency in foreign language learning was tested through a correlational study, conducted by administering a working memory test battery (which included nine tasks: Digit Recall, Backward Digit Recall, Block Recall, Word List Matching, Word List Recall, Nonword List Recall, Listening Recall, Counting Recall and Mazes Memory, taken from Gugliotta et al., 2009; and Pickering and Gathercole, 2001), and an English proficiency test (which included five tasks testing different aspects of foreign language proficiency without involving any reading task) to two groups of 12-year-old Italian children: children with an official diagnosis of dyslexia and typically developing children.

Data showed that dyslexic children have more difficulties in achieving higher results in the majority of the English tasks, and confirmed the hypothesis that there is a correlation between working memory capacity and foreign language proficiency in both groups. The statistical analysis suggested that working memory affects an individual’s ability to learn a foreign language, but this effect is apparent in certain conditions and for certain tasks. From a quantitative point of view, the most important working memory components for learning a second language are what Baddeley (2001) calls the Phonological Loop and the Central Executive, although the two components seems to have a different role according to different learning stages. Specifically, the phonological loop seems to be crucial at early stages, while the central executive, probably providing good attentional resources, seems to be important at subsequent levels. From a qualitative point of view, the phonological loop seems to play a specific role in vocabulary learning, the central executive seems to be fundamental for learning foreign language grammar. International research in the last four decades has shown that developmental dyslexia is not a simple disorder that hinders only the learning of reading and writing, but it is rather a very complex and articulated syndrome. Not only exhibit dyslexic subjects the most well-known difficulties in the field of literacy, they also show marked deficits in the so-called phonological skills, which are essential for reading, and in understanding complex grammatical structures that require high processing costs to be correctly interpreted.

Furthermore, according to one of the most well-known theories trying to account for dyslexia’s symptoms, the Working Memory Deficit Hypothesis, dyslexia is caused precisely by an impaired working memory. Since an increasing necessity of communicating in different languages for both professional and personal reasons can be detected in modern societies, and learning a foreign language, in particular English, turns out to be the most important requirement nowadays; for a child with learning difficulties, such as developmental dyslexia, this could be a struggling burden. Indeed, it has been demonstrated that children affected by developmental dyslexia show extensively difficulties in learning both the spoken and the written form of a foreign language (Crombie, 2000; Lundberg 2002). In order to understand what the impact of developmental dyslexia in learning a foreign language is, it is very useful to adopt a framework, which allows us to inspect different aspects of the problem by pulling apart different levels of analysis. According to Frith (1999), developmental dyslexia can be analyze from a behavioral, a cognitive and a neural point of view, depending on whether we consider the most visible aspects of the disorder, the mental processes or the neural mechanisms involved. The present work took the interrelation between the behavioral and the cognitive level into account. As far as the behavioral level is concerned, it has been shown that differences in mapping between graphemes and phonemes of a language can have an impact on reading disorders. Specifically, the level of transparency in languages’ orthographies can either facilitate or worsen the challenges encountered by a dyslexic child. Recently, two theories have been developed to account for the impact orthography might have on reading. The Orthographic Depth Hypothesis (Frost et al., 1987; Katz & Frost, 1992) maintains that the orthographic system of a language causes differences in literacy acquisition; while the Psycholinguistic Grain Size Theory (Ziegler & Goswami, 2005) asserts that the differences in reading different languages reflect not only the differences in the nature of the mapping system between visual symbols and phonological segments, but also reading strategies employed by readers, whose development is influenced by a given orthography. Furthermore, several studies in the field of bilingualism confirmed the idea that speaking more languages can be an advantage for dyslexic children in several aspects of language learning. For example, Abu-Rabia and Siegel (2003)’s study confirmed the hypothesis that bilingual children exhibit an advantage in using the phonological awareness.

Thus, not only bilingualism could be an advantage for dyslexic children in improving their reading and spelling abilities, the existence of dyslexic bilingual children in itself could be taken as a demonstration that dyslexic children are indeed able to learn more languages. Therefore, it is crucial to understand the impact of age at which children encounter the second language. Considering the difficulties that monolingual dyslexic children encounter when learning a foreign language at school, it might be speculated that learning two languages from birth or maybe in the preschool years could be an advantage for children affected by dyslexia.

To conclude, the study offers an important contribution to both research on dyslexia and research on second language learning: on the one side experimental data are consistent with the hypothesis claiming that dyslexia is connected with a working memory limitation; on the other side, they show that working memory limitations are connected with lower foreign language proficiency, confirming the hypothesis that working memory plays a relevant role in foreign language learning. Undoubtedly, this work should be considered as a starting point for the development of future analysis and new perspectives on dyslexia and foreign language learning, as well as for the development of increasingly precise and appropriate diagnostic and rehabilitative tools, and more suitable teaching methods.