Forewarned is Forearmed, according to Franck Scola (Diplomat Magazine) 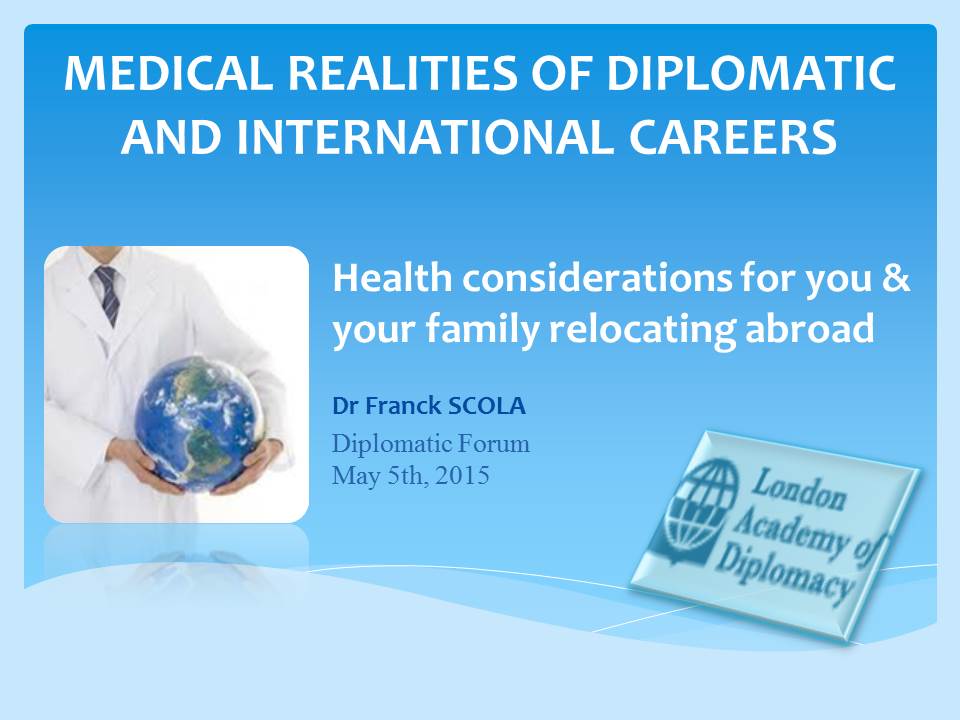 Dr Franck Scola is a man with a mission: how to keep diplomats and their families sound in body and mind even under the most testing local conditions? As a family doctor based in the south of France with a specialist interest in the medical care of expatriates, he has diagnosed key issues which affect the well-being of diplomats, assignees and their families overseas, and suggests remedies that Human Resources Departments (HR), medical insurers and above all Ministries of Foreign Affairs can put into practice.

Over the past decade the number of expat workers has expanded enormously by 50 per cent. The number of women working abroad has doubled and there has been an increase in the number of families living overseas as a result. Although in Dr Scola’s opinion expat families are less adventurous than they used to be, they have become more demanding, in terms of wanting to know before they depart the local situation regarding administrative matters, such as visas, work permits, accommodation, driving licenses and so on, schooling for children and access to healthcare and insurance coverage. As a result, management, especially HR, has had to take on these increased responsibilities. However, the material issues are not the only thing expats have to deal with – they have to come to terms with the experience of living and working in a different environment – the downside as well as the upside.

A French Sociologist at the University of Paris, Philippe Pierre, has identified five attitudes to expatriate living, attitudes which vary in a diplomatic mission, in a family and which change throughout a career. The five groups are Conservatives, Defensives, Converts, Opportunists and Transnationals. Read more…